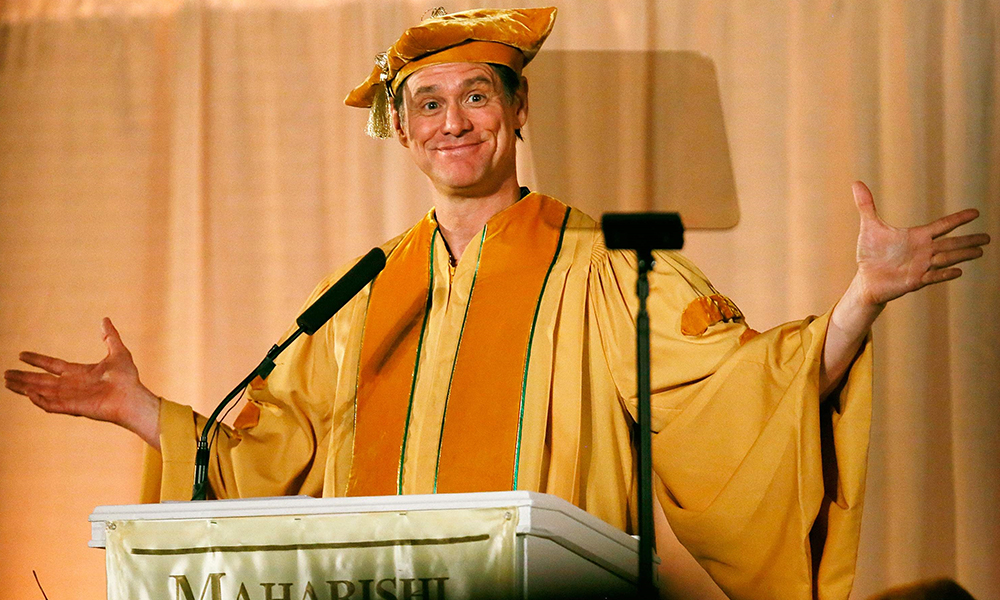 When it comes to celebrities, it is pretty easy for us to think of them as people who would be great at delivering a powerful graduation speech. They are charismatic, charming and they have delivered some of the most memorable quotes and speeches of all time (though typically written by a trained screenwriter). Why this may not alway be the case, here are the absolutely best celebrity graduation speeches where a person deeply in the public eye has delivered an inspiring, poignant, life affirming graduation speech.

America’s nice guy is unequivocally Tom Hanks. He is a guy that you would trust with the keys to your house or your wife or whatever, the guy who makes a mistake and you apologize to him. There are several different actors that fit different molds, but there isn’t anyone quite like Tom Hanks. He has made some terrible films over his 30 year career, but he has made some pretty good ones too. But no matter what, we love him. Luckily for the Yale 2012 graduation class, he was able to take some of that Tom Hanks charm and deliver a passionate and inspiring speech.

The beautiful and talented Natalie Portman always comes across as a smart, strong, confident woman in her roles and that may be because it is actually true. Natalie Portman graduated from Harvard in 2003 with a BA in Psychology. She did some really important things and she would remark that she didn’t care if school ruined her career, because she would rather be smart than a movie star. Luckily for us, she has stayed in the spotlight, but has used her celebrity for good, making projects that matter, and trying to help shine the spotlight on important causes. She returned several years later, in 2015 to give an important commencent speech to her fellow Harvardians.

The iconic Meryl Streep has become an important beacon for woman and hope, showing that woman can have a place too in what was always seen as a man’s world. People look to her to help validate something and drive the masses. Her poised voice has become an important voice in everything that is happening today. In 2010, she gave a passionate speech about breaking the glass ceiling and being everything you can be.

First reaching the spotlight due to her phenomenal work on Saturday Night Live, no one necessary looked to Maya Rudolph for her intelligence and acumen. Over the years following through charity work, career choices, magical partnership with another extremely intelligent entertainer, Paul Thomas Anderson, we have finally been able to see the true with an intelligence of this amazing actress. In 2015, the class of Tulane university was treated to a fantastic speech that was funny, genuine and inspiring.

One of the most successful authors of all time and the third highest paid celebrity in 2017 is Harry Potter author J.K. Rowling. She may not have the name recognition of some of the other people on this list, but her properties that have spawned countless blockbuster books, movies, theme parks and all the stuff that goes with it have captured the attention and imagination of almost every kid out there. A self made woman, she gave a tremendous speech to the Harvard 2008 class about hard work and how anything is possible.

#11 Will Ferrell (University of Southern California, 2017)

Ultra funny Will Ferrell has brought us some of the best comedies of the twenty-first century such as ZOOLANDER, OLD SCHOOL, ELF, ANCHORMAN, TALLADEGA NIGHTS, BLADES OF GLORY, STEP BROTHERS and GET HARD. He has also gone on to be a prolific producer and businessman bringing the popular Funny or Die to life (launching with the adorable “Pearl the Landlord” staring is young daughter). It is always this guys guy, stupid hijinks comedy. In 2017, the class of University of Southern California was able to get a taste of this laid back laugh out loud comedy, but to the surprise of some, comedy that was mixed with some really smart and inspiring messaging. This one is as helpful as it is entertaining. Hats off to this likable and talented savant.

The improv comedian, turned Daily Show correspondent, turned parody conservative, turned Tonight Show host has always brought a thought provoking intelligence to his humor and this speech is no different. It really puts large big life terms into simple everyday anecdotal information that makes you think. Given his background, you would think Stephen Colbert would make for a fantastic graduation speaker and the 2011 class of Northwestern University would tell you, that you would absolutely be right.

Hitting our first of two celebrities on the list that are such a big deal, they only need one name, we get to the mega rockstar slash political activist Bono. The Irish 22 Emmy Award winning front man of supergroup U2 may not have attended college but he has picked up several lifetimes worth of education with the things he has done and seen. In his traditional bohemian ideological, be good to one other vibe, translated into one terrific speech for the 2004 class of the University of Pennsylvania.

The richest man in the world, is the founder of Amazon Jeff Bezos. When you have that title attached to your name, chances are you are going to say some things that people should listen to and the 150+ Billion net worth man delivers. While not a traditional celebrity like many others on the list, when you have this man’s resume you are definitely a household name. The class of Princeton 2010 was treated to a once in a life time poignant speech about hard work and innovation from the 1986 Princeton Alum that did not disappoint.

This former White House resident is one of the strongest, smartest, most charming and most fashionable First Ladies of all time and will certainly go down in history for the trails she has blazed and the example she has set. Just like her husband, Michelle in beyond smart, warm and charismatic, all traits key to a leader set to inspire the masses. Michelle Obama treats the 2014 class of Dillard University to a speech that has all the pieces that has made her so great and certainly worth a watch. It is no wonder Michelle has established herself as a role model for woman and men of all genders, races and ages.

Daytime talk show host turned media mogul and icon Oprah Winfrey is easily one of the most famous women ever since the beginning of time. She has made an inspiring career modeled after inspiring the masses, especially woman who may think they couldn’t survive in a world dominated by men. It is 2018 and you can thank some of our progress as a species to her, a honor that not many in existence can claim. This speech is higher up on our list because of how passionate and poignant it was. Such an inspiring and poignant address for the 2013 Harvard class.

Talk show host and funny man Conan O’Brien has had a long career out of just talking to people, being able to find a common ground and an interestingness in ordinary people. Different than some of the other iconic talk shows, Conan just had this charming self deprecating at times humor that made you feel like you were in one of the most comfortable conversations of your life. He has a way to make you feel warm when he speaks and this speech is no different. A Harvard man himself, Conan is no stranger to the collegiate life and does a great job of merging all of his life experiences into one great speech.

Ellen is one of those people who always no how to make us smile. She has made countless contributions to society, not only as an entertainer for over twenty years but for woman and for the LGBT community. And not easy contributions, she came out as gay on a successful network TV show at a time when it was not ok, but she was ok with a possible cancelation because she knew it was the right thing to do and an important step in moving the conversation forward. For putting up with so much she has never even wavered, she has always fought for what is good and always did it with a smile. Get ready for a speech that will make you laugh out loud at times and ball your eyes out at times.

The two people on this that beat out this speech kind of do so because they are kind of larger than life personalities who anything they do is going to be monumental. If you are looking for the speech on this last that is from an everyday celebrity who just takes it the next level and deliver a speech that could potentially be one of the most inspiring speeches you have ever heard in your entire life, that is this one. Jim Carey really brings a kind and humorous brevity that hits all the notes and delivers a speech that will hold up for years to come.

Considered to be one of the most visionary geniuses of all time, Steve Jobs became the makings of a legend in his final years on Earth, pioneering some of the most technologically important milestones of our generation. In his black turtleneck, followed by rumors and a personal of tortured genius, Steve Jobs became a mythical figure to most. This speech is one of the rare instances where he let you peak into his life. Never graduating from College himself, it was like he had a need to do this. Steve gives some of the best life advice ever given in this speech, definitely one for the ages.

It should be no surprise that one of the most charismatic US presidents of all time, Barack Obama, sits on top of this list. He is the type of guy that whether it is an intimate dinner or an auditorium of thousands of people, when he talks you just want to listen. A man whose calming yet passionate words are like a lullaby that truly wakes you up instead of putting you to sleep. He speaks with great passion and with inspiring words that everyone should hear.