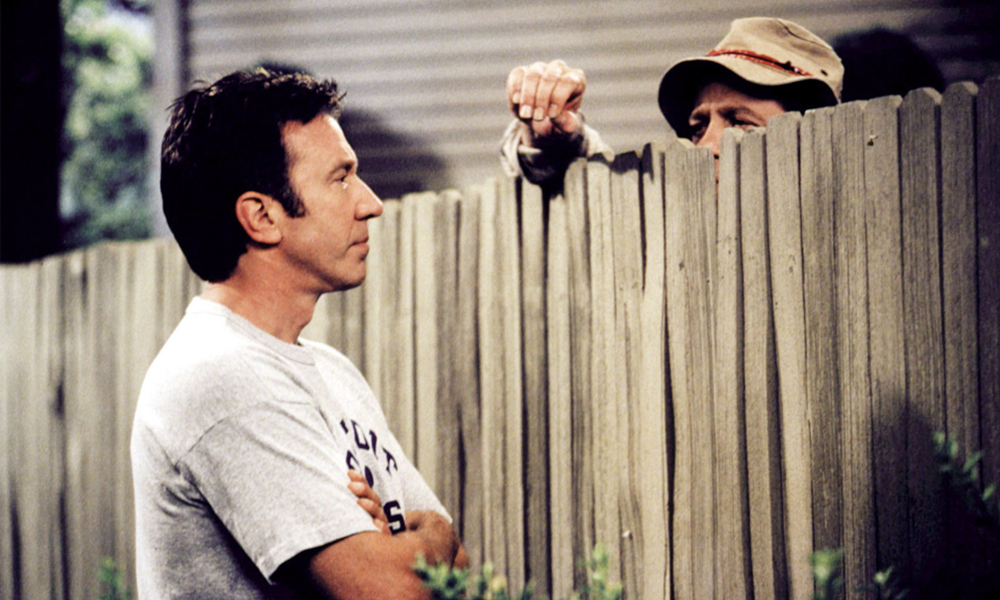 TV neighbors are the best, who else is there to either help us get in to or out of hijinks. There are some good and some bad, but regardless, below is the list of the best TV neighbors of all time.

He is the epitome of a “man whore” and always up for hijinks, making for a perfect partner in crime and small town neighbor. He is always there for Peter and he is always a good time. His ridiculous attempts at sleeping with other people’s wives, and frankly as many woman as possible, show his friendliness and perseverance. Peter is a wild man but he needs help to channel all his wild energy into schemes, this is where Glen comes in. A very important trait of a the best TV neighbors is the balance they strike, and Glen brings that ten fold.

Peg and Al Bundy were the original DGAF couple, so clearly they needed their equal in a pair of neighbors. Married With Children is the only show that makes this list twice. As you will see, “The Rhodes” were much more of this. However, midway through the series, Steve Rhodes leaves the timid Marcy, and she changes becoming this man-hating woman who is sick of being controlled by a man. She marries Bimbo trophy husband Jefferson and is so in control that he takes her last name of D’Arcy. They are both interesting personalities that as a pair compliment the Bundies so well. Marcy and Al are constantly attacking each other, making for some tremendous dialogue, and Jefferson’s idiotic take on pretty much everything make him the perfect dim-witted sidekick for Al.

The invention of the boyhood crush was invented by the idea of Winnie Cooper. She was always this magical unicorn that though no one was ever good enough to even close to her level, she was always so nice and so pleasant and your heart just melted every time she was on screen. Kevin Arnold was all of us and Winnie Cooper is what we all wanted. What better of a trait can a neighbor have than to be something that drives us to strive for something better. Besides that Winnie was just an absolute delight, smart, beautiful and nice. That combination doesn’t come around too often.

It’s Fred’s world and we all just live in it. The loud and brash Fred Flintstone has a big heart but terrorizes everyone around him with his buffoonery. The Rubbles are their rock, without them, the Flinstones wouldn’t be able to survive. Barney is Fred’s rock, always there to help and always there to pick up the pieces. Betty is always glass-half-fulling Fred’s actions to Wilma so she doesn’t him. The Rubbles are good neighbors that you can count on, and this is special, especially in a time where you have to worry about dinosaurs and whatnot.

The Pinciottis were three induvial that lived next to Red, Eric and Kitty Forman. For a show that’s whole idea was having a little fun at the expense of the 70s decade, the writers and these brilliant actors created the perfect jell-o salad making, disco loving, perm having Bob and Midge Pinciotti. Best TV neighbors to Red Forman, who doesn’t put up with “dumbasses” as he would often put it, these very dim witted idiots were constantly fueling that comedic fire. Conversely, they had the intelligent and beautiful Donna, who was basically the mom of her parents and of her group of friends, a very strong female role that was refreshing to see.

Like another on this list, Mr. Feeny was a mentor who always had the right answer. No matter what problem Corey Matthews and his crew faced, Mr. Feeny had the answer. It was also impressive how he was able to get it done. Corey and Hunter were always the biggest punks and Feeny was the principal, in normal life punk kids wouldn’t listen to a guy like this but he gets the job done. He is also persistent, he follows Corey throughout his entire life no matter what school he goes to or what geographical location he goes. Way to make sure the job gets done right Mr. Feeny.

If Marie and Frank were not parents, they would be weird psychopaths, but they are not and crazy-overbearing-ness is what family is about right. Frank is the dry no fuss wants-it-quiet type and his wife Marie is the complete opposite, fuss about everything always getting in the last word. They epitomize the sitcom best tv neighbors category. Ray both dislikes their presence and unequivocally needs it. Their overbearing love is what makes Everybody Loves Ramon the classic it is.

The lovable enthusiast, Patrick proves that ignorance is bliss. Skeeting through life with only a smile, he is Spongebob’s neighbor and tremendously loyal best friend. Together they love life and they get into all sorts of hijinks. Even the simplest thing, like a spatula can be a source of hours of fun. Who wouldn’t want that blind glee guiding them through life.

The originator of hijinks is Lucille Ball, she really found a way to make even the simplest problems the most over the top situations that required the most over the top solutions. She was constantly bringing her more realistic husband in who would proclaim that she has some explaining to do, but more than him she turned to her neighbor Ethel and her husband Fred. They always had her back and no matter how crazy things got Ethel, and to a lesser extent Fred, were there. True friends like that are hard to come by.

Making the second appearance on the list is Marcy D’arcy but this time it is with her first husband Steve Rhodes. Al and Peg Bundy were the anti “All-American wholesome family”, they were pissed they had kids, hated their jobs, hated each other and generally hated their lives but stuck it out because what else were they going to do except wait out the clock. Go back and watch episodes from season 1 – 3 of Married With Children, it is very dark. Opposite the Bundys was an “All-American wholesome family” in The Rhodes, they had good jobs and supposedly loved each other. They were the perfect target and a symbol or who we really are taking advantage of who we are supposed to be. Easily some of the best tv neighbors.

#8 All the Friends (Friends)

I mean, they are friends, what’s better than that. The subject of TV neighbors is funny when it comes to Friends because one of the biggest joke was “how do these scrubs afford such a luxurious New York apartment.” Well they did and they did it right. Between the six of them they had about every living combination possible. They were always there for each other and each of them someone that you would want to live across the hall from. Consolation prize goes to naked guy.

The dynamic between Penny, Leonard and Sheldon is an interesting one but above all else it is heartwarming. While Sheldon can be a little hard to take, at his core, he is just a misunderstood soul. Where most people would give up, Penny actually took the time to get to know him and look past his differences to become his friend. It is warm to see them all truly care for one another. They each have their faults and seeing that each of them can look past those faults is a truly nice example of best tv neighbors. No wonder it is one of the longest lasting shows on television, everyone can relate to this type of need for interaction.

Steve Urkel was supposed to just be a guest appearance on Family Matters but he was so popular that he became a main player. Constantly the butt of jokes and a failure at gravity, Steve loved the Wislows and took it with a smile. Urkel is not half assed, he is very fulled assed, the most stereotypical nerd you could ever see. I don’t even think you can do that anymore. He was a one-liner machine, leading with “did I do that” and he also invented a machine that could turn him cool. I would hire someone with that resume.

Out of all TV characters is history of best tv neighbors, they are not many harder to deal with as a neighbor than Homer Simpson. Not only does he bring havoc and mayhem every where he goes, he particularly does not like Flanders and takes any opportunity to stick it to him. Flanders, a cheery god faring man, takes this all in stride and always with a smile. Homer has borrowed and keep almost ever tool and device Ned has and Ned doesn’t fret, he just buys another one. Maybe don’t be like Ned, but opt in if having his as a neighbor is an option. Also, that stash, I mean come on.

Kimmy Gibbler is not exactly a neighbor you want but she sure was great to have around for comedic gold purposes. Kimmy was loud and obnoxious and annoying, but always with the best of intentions. She DNGAF, she would just harass Uncle Jesse, a man much older than her and not care. She really had a way of throwing the parents off and scoring little victories for the kids. Danny, Joey and Jesse would all give a collective eye roll and she rose above it, just doing her thing. Respect.

Out of all the neighbors on this list, the only one that was integral to ever single episode of their TV show was the great sage advice master Wilson Wilson from Home Improvement. He was the source of the lesson of every show (every show in the 90s needed to have a lesson). Tim would screw everything up, he would build something that didn’t work and destroyed it, and he alienated his family or co-workers. Wilson fixed it EVERY SINGLE TIME. EVERY TIME!! The running joke of him always hiding his face was also one of the best series long jokes in TV history.

The most dynamic, energetic, exhausting, lovable, crazy, over-the-top-in-a-good-way award goes to Cosmo Kramer, one of the most unique character ever written. Jerry is the straight man whose world is always turned upside down by his three friends and none compare to Kramer. He bursts into every room with more energy than everyone else combined, he says what you want to say and he finds a way to get in the most interesting of predicaments. All while not working for the last 30 years. Out of all the characters on the best tv neighbors list, no one even comes close to the crazy heights that are Cosmo Kramer.