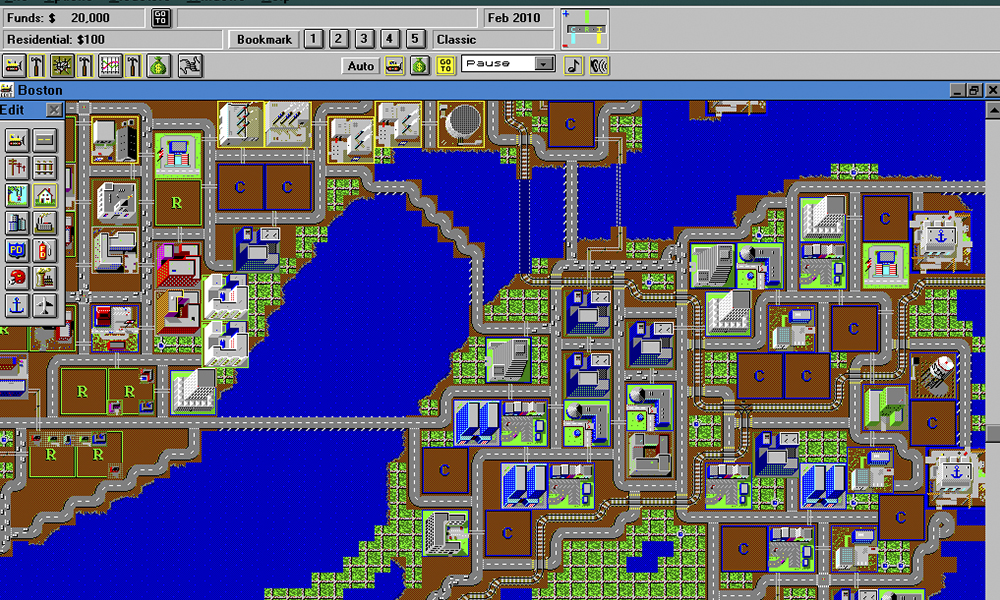 If you are looking for games that revolutionized gaming, you have come to the right place for that history lesson. Video games have come along way since the Pong days forty years ago in 1975. Along the way, they have been some pioneers and some disruptors. Whether it was kicking it up a notch or doing something completely new, this is the definitive list of the top 18 games that revolutionized gaming.

#17 The Sims (took simulation to the next level)

The Sims really took off for a number of reasons. The sim brand had been around for years and was trusted, there were new simulation techniques that were blazing trailers, and it was the type of game that anyone of any age could play. People loved to share and talk about all the details of their surrogate family. Not only that, this title on the list of games that revolutionized gaming really has something that everyone, not just your normal gamers, can love.

The iphone really set the stage for a place for big games to live but no one was really taking advantage. That was until Angry Birds came on the scene with its vibrant cartoonish feel and simple yet complex puzzles and blew everyone away. Everyone downloaded it. This kicked off the first phase of mobile gaming where you would charge $0.99 straight up for a game. This phase lasted for a few years until the birth of the freemium model hit the seen. This is one of the only mobile games on the list of games that revolutionized gaming if that tells you anything.

Around the turn of console gaming when graphics and depth was really picking up, Final Fantasy 7 hit the scene and blew everyone away. This game that revolutionized gaming blew everyone away. It was widely considered to be one of the strongest RPGs ever created and continued to reinforce the Final Fantasy brand as an authority on RPG. It was so amazing that they remastered is for PS4 and it still holds up.

The M rating was invented for 1992’s Mortal Kombat. Seriously, the M rating came two years after Mortal Kombat’s release and it was the first game to get the rating. This took the fighting game to a place that was cool again, people would be praised for being able to deliver the brutalist finishing move. Mortal Kombat gets high marks on the list of games that revolutionized gaming very specifically because of the violence.

Nothing got people to run around outside looking like weirdos like Pokemon Go. Pokemon Go is a mobile game that melds the real word and a digital game, a newish technology called augmented reality. Not only was it a game changer but it also hold the title for meteoric growth. No game has ever taken off as fast. Half the world was playing and a movie was optioned almost immediately out of the gate. This one definitely makes the list of the games that revolutionized gaming.

The Grand Theft Auto franchise has come a long way in the twenty years and numerous games that the franchise has spawned. Everyone was could make the list of games that revolutionized gaming. It blew people away with its large open world and edgy content. Every game has continued to outdo the last and push the industry further.

This is one of the later in time games on the list of games that revolutionized gaming. This is a time when gaming is a sport and gaming is more popular ever. This arena style all out battle game started a new genre and has help to expand the popularity of gaming as something to watch.

You wouldn’t think it, but it was the institution that is Mario that pioneered 3D gaming. With the coming of the brand new, revolutionary for its time, 64-bit Nintendo 64, 3D gaming was possible and Mario kicked that door wide open. This Mario was one of the games that revolutionized gaming forever just like all his iterations before him.

World of Warcraft has slowed down from its peak of 12 million subscribers in October of 2010 but it is still going strong. With around 5 million plus still paying monthly, this gigantic world has a big portion of the real world spending hours and large portions of their life in this amazing intricate game.

Goldeneye came out after the movie actually came out because the developer was more interested in making a good game than a film promotional tool. They were absolutely right and to this day did something with a console first person shooter that no one did before. Goldeneye brought some mechanics to the scene that are still used today.

Sim City would end up launching many many “sim”games to come which was a marquee of how popular and ground breaking it was. This was one of the first simulation-strategy games to ever exist. Today we have sim absolutely everything (down to game developer tycoon, which is a fun game). This is all because of Sim City.

In 1987, this was the RPG that started it all. Final Fantasy brought color, movement, strategy, game saving and techniques that made up this epic adventure that put the building blocks in place for the future of RPG. The mechanics and story were light years ahead of anything else even close to it and probably why Final Fantasy makes this list twice. This is easily one of the games that revolutionized gaming.

Starcraft was an incredibly powerful and addictive game for 1998, and really set the stage for what would become the real time strategy genre. Thanks to Blizzard’s Battle Net this game was one of the most widely played games at the turn of the century and one of the first to pioneer collective online gameplay. You could be one of three races and you had your own civilization to build different things. The options were endless and the gaming hours were many.

Warcraft 3 was a revolutionary game on its own, but what makes it make the list is that a whole genre was accidentally invented within it.  The tower games as we know it come from user generated maps in the special content. Tower defense existed but the idea of having a hero that that leveled up and gained skills came from this.

Being the first MMORPG ever is a feat. To dream big enough to imagine a world that would be populated by the masses gaming along side of one another, is visionary thinking. Ultima Online had an a fantastic story and gameplay. Due to the large following they were able to amass, they were able to do some great things and lead the way for future predecessors.

Wolfenstein came out 1984 and kicked but in a computing world filled with oregon trailer and chess. It used graphic tricks to make 2d graphics 3d. It also brought great gameplay and tons of it, it seemed like you could pay for hours and not make a dent. Wolfenstein led to Doom and Doom led to Counterstrike and Halo and Overwatch and more.

Pong was the first game ever. Ever. Looking back to see two white lines scroll up and down to catch a ball may seem not like much, but it was everything. Nothing could exist without this innovation. Pong deservedly gets to be #1 on the games that revolutionized gaming list.

What do you think of our list of the games that revolutionized gaming? Let us know in the comments below!